Resources for starting your research in engineering

Why search for patents?

In order to be patentable, an invention must meet three criteria:

Patents are legal documents, so as you might expect, they describe inventions in legal terms. But since they are about inventions they incorporate engineering terms as well.This creates a special language hybrid that can make searching less straightforward than one might hope.  Depending on the era the invention was patented, you also need to consider how language changes over time–spelling, meaning, usage, etc. can be very different to how you might describe something now. 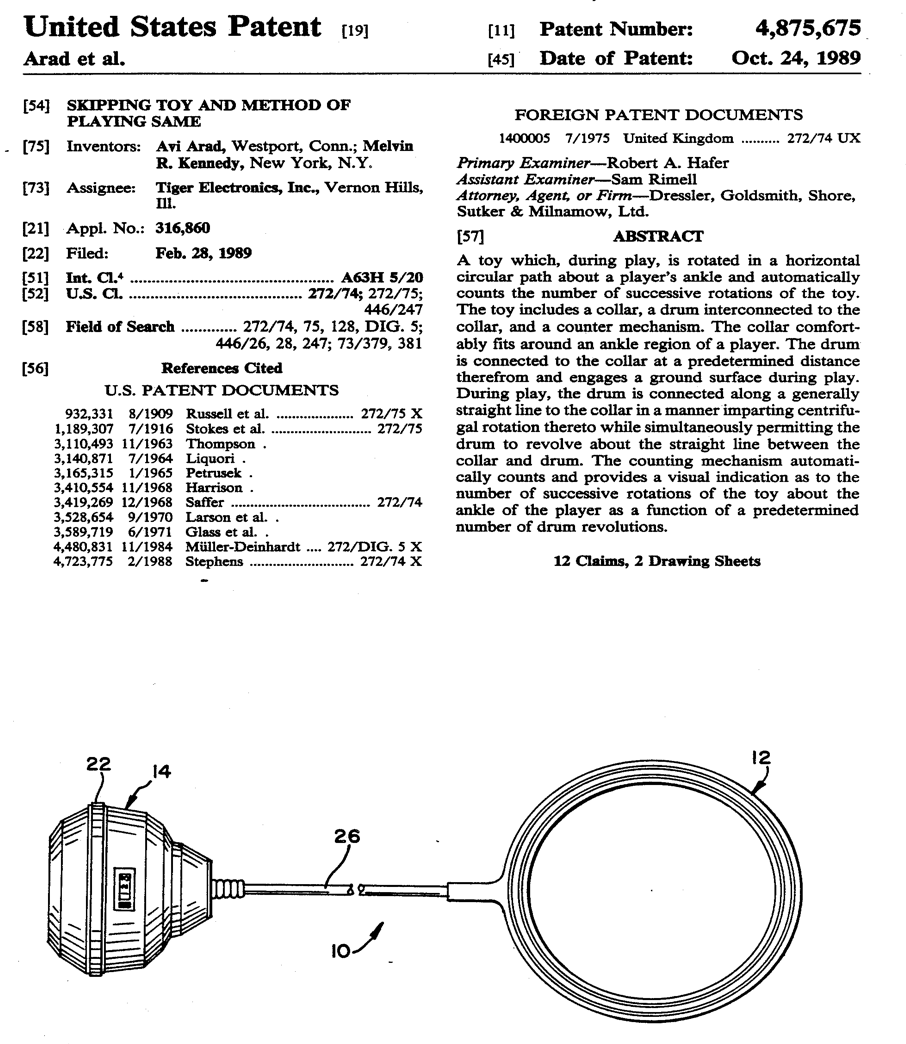 ample, you might recognize this patent drawing as the "Skip-It" toy from your childhood. But you know it by it's brand name rather than the title of its patent "Skipping toy and method of playing same."

So how do we go about finding patents when they are named in such an interesting way?

Perhaps the hardest part of patent searching is the fact that it is NOT keyword searching. It instead focuses on: