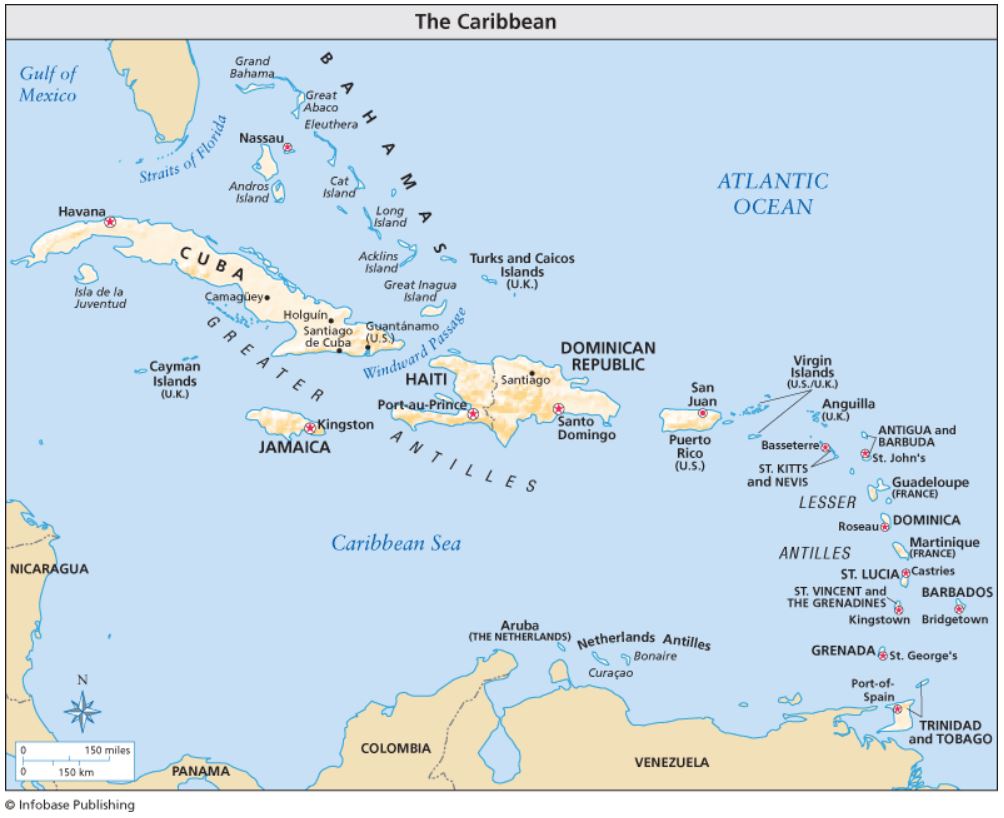 You can use the subject headings below to find resources on Caribbean cinema in the online catalog. Some call number ranges are also included. You can do a specific subject search for countries in the Caribbean by using the same format, "motion pictures [insert name of country]."

Please note: these are not the only call numbers, but they have the majority of items. These searches will also lead you to movie titles.

The Caribbean comprises disparate nations and linguistic and ethnic cultures, but with the exception of the Hispanic Caribbean (Cuba, Puerto Rico, and Venezuela) most countries in the region had no domestic film industries during the twentieth century, serving rather as foreign markets for films made in the West, or as exotic locations for such foreign-made films as the Rita Hayworth vehicles Affair in Trinidad (Vincent Sherman, US, 1952) and Fire Down Below (Robert Parrish, UK/US, 1957). Other films shot in the Caribbean include Howard Hawks’s To Have and Have Not (US, 1944), made in the French Antilles; the Bond film Dr No (Terence Young, UK/US, 1962), shot in Jamaica; and The Shawshank Redemption (Frank Darabont, US, 1999), its ending shot in the US Virgin Islands. The dominance of Hollywood films has made it especially difficult for countries in the English-speaking Caribbean to develop film industries of their own, and little filmmaking by non-Hispanic Caribbean filmmakers took place anywhere in the region before the 1970s, among the most celebrated of the exceptions being Perry Henzell’s The Harder They Come (Jamaica, 1972) (see Jamaica, film in). In some parts of the region, ventures into filmmaking have gone hand-in-hand with anti-colonial and nationalist movements as part of the broader objective of fostering a distinctively Caribbean culture and consciousness. In Haiti, for example, Rassoul Labuchin explored the history of Caribbean slavery in Anita (1969), and Raoul Peck looked to roots in French-speaking Africa for the theme of his Lumumba (France/Belgium/Germany/Haiti, 2000).    ...

Although our collection does not include a journal title that looks exclusively at Caribbean cinema, you can use Film & Television Literature Index to find articles or use the search box at the top of the page.

Keeping up with the journal literature

Want an easy way to keep up with the journal literature for a national or regional cinema? And you use a mobile device? You can install the BrowZine app and create a custom Bookshelf of your favorite journal titles. Then you will get the Table of Contents (ToCs) of your favorite journals automatically delivered to you when they become available. Once you have the ToC's you can download and read the articles you want.

You can get the app from the App Store or Google Play.

Don't own or use a mobile device? You can still use BrowZine! It's now available in a web version. You can get to it here. The web version works the same way as the app version. Find the journals you like, create a custom Bookshelf, get ToCs and read the articles you want.